Satire News for your funny Bone

Hot Dog Toaster. So the scientists were at it again.  This time they were contracted by world famous billionaire Elon Dusk to create the perfect gift for the person that has everything, wants for nothing, but has more money than brain cells.

They decided that the one thing that was missing from the world was a hot dog toaster.

I can’t tell if our scientists had a stroke of genius, or a stroke of stupidity, or just a stroke.  What I do know is that they had racked up some debts renovating the secret hideout and needed to make some quick cash.

So when Elon Dusk went to them and asked them to make the perfect gift for the man that has everything, they put their heads together and decided to head to the baseball stadium.  One of them bought season tickets and there was a game on.

What we do know is that they had put their heads together and were trying to think of the perfect gift, when they should have been looking up instead.  The batter swung and hit a foul ball that knocked one of them cold.  And the first thing he saw when he woke up was a guy stuffing a hot dog down his gullet.

Ordinarily that wouldn’t have meant much, but when the next batter hit another foul ball and knocked him out again…well the idea stuck and now we have this…thing. 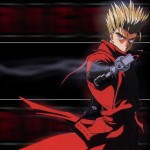 Disclaimer: As an Amazon Associate We earn from qualifying purchases.

This site uses Akismet to reduce spam. Learn how your comment data is processed.